The Prince George’s County Police lieutenant injured while trying to rescue a driver trapped in a burning car is now out of the hospital.  Lt. John Boesman suffered second degree burns to his hands and the right side of his face.  He also received stitches for an injury to his palm.  The 21-year veteran was among the first on the scene of Monday’s crash on MLK Highway in Springdale and raced to help the driver.  The victim is 70-year-old Rodwell McNeill of Glenarden.

From his hospital bed today, Lt. Boesman read through the many warm wishes from the community posted on the PGPD’s Facebook page and on Twitter.  Lt. Boesman expressed his sincerest appreciation for the outpouring of support. 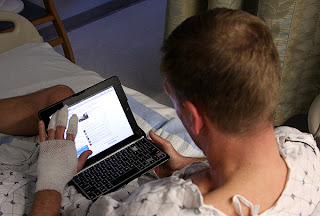 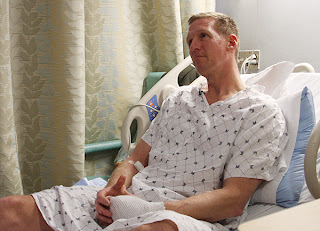 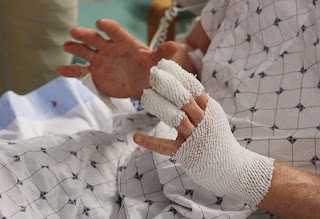 Lt. Boesman will be returning to duty in a few weeks.

If I looked up the meaning of "brave" I'd see your face!...Thank you for being an exemplary example for the men and women of the PGPD! I'm glad you're okay.

God Bless you and I wish you a speedy recovery!

God Bless you Lt. Your actions were so Heroic