Updated April 5, 2013: The Prince George’s County Police Department has arrested the second suspect wanted in connection with the April 2, 2013, robbery in Accokeek. The suspect is identified as 24-year-old Michael Elijah Brown of the 2700 block of Kirkwood Place in Hyattsville. 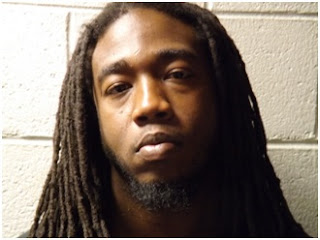 
During the course of the investigation, Brown was developed as a suspect. He was arrested April 4, 2013, in Montgomery County without incident. Brown is charged with robbery and assault. He is currently in the custody of the Department of Corrections.


The Prince George’s County Police Department arrested a suspect for robbing an 80-year-old woman in Accokeek. The suspect is identified as 25-year-old LeJean Nicola Lancaster of the 8400 block of Hamlin Street in Lanham. Detectives are seeking the public’s assistance in locating a second suspect in the robbery. 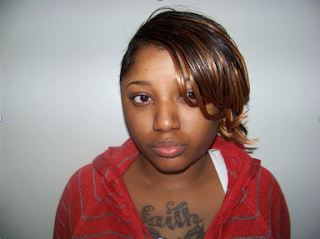 On April 2, 2013, at approximately 12:15 pm, patrol officers responded to the 7000 block of Berry Road for the report of a citizen robbery. Upon arrival, patrol officers spoke with the victim, who said she had just been robbed of her purse.

The preliminary investigation reveals Lancaster held open the door of a carry out restaurant for the victim and her husband. As the couple walked, Lancaster pushed the victim and grabbed her purse. As Lancaster tried to run away, she was tackled and held down by the victim’s husband and a Good Samaritan. While being restrained, Lancaster bit both men, causing minor injuries. At the same time, a male suspect walked up and hit the Good Samaritan in the face in an effort to free Lancaster. When that failed, the second suspect ran away. Patrol officers arrested Lancaster on the scene. She has admitted her involvement in the robbery. Lancaster is charged with robbery and second degree assault. 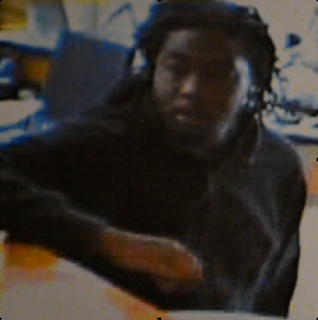 Detectives are seeking the public’s assistance in locating the male suspect, seen in the above surveillance photograph.

Anyone with information about this case is asked to call the Prince George’s County Police Department’s Regional Investigative Division-South at 301-749-5064. Callers can remain anonymous by calling CRIME SOLVERS at 1-866-411-TIPS (8477). You may also text “PGPD plus your message” to CRIMES (274637) on your cell phone or go to http://www.princegeorgescountymd.gov/police/ and submit a tip online.
Posted by Prince George's County Police at 1:00 PM