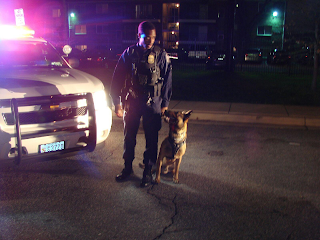 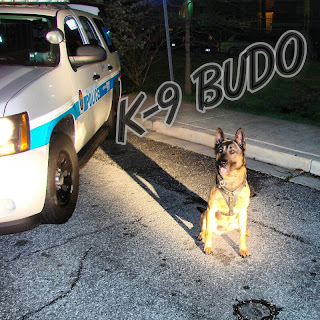 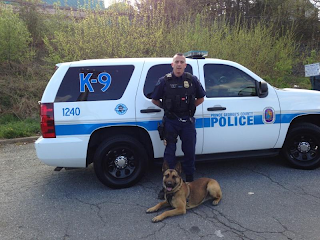 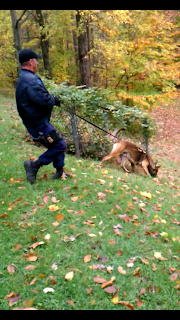 Two Prince George's County Police officers and their K-9 partners are credited with recovering four weapons and locating a suspect wanted in connection with an armed robbery.

On Thursday, April 11, 2013, at approximately 3:40 am, Cpl. Brandon Peters and K-9 Budo were called to the 3500 block of Terrace Drive in Suitland to assist patrol officers at the scene of a residential armed robbery.  Three suspects wearing ski masks had forced two victims at gunpoint from a parking lot into their apartment.

Responding patrol officers saw the three suspects run out of the back of the building.  They immediately established a perimeter and requested canine and air support.  The patrol officers were able to quickly arrest two of the suspects after a foot chase.

After arriving on scene, Cpl. Peters and Budo conducted a track inside the large apartment complex looking for the third suspect.  The team found him hiding under a car.  They also recovered a gun and a mask.

The victims suffered only minor injuries.