Prince George’s County Police Department Inspector General Carlos Acosta was invited to speak Wednesday, April 24, 2013, at the American University Washington College of Law. In conjunction with Professors John Ackerman and Irma Erendira Sandoval, both from the National Autonomous University of Mexico, IG Acosta spoke about the justice sector challenges in the implementation of the Mérida Initiative.

The initiative is a partnership between the US and Mexico to fight organized crime. All three speakers addressed the dynamic situation in Mexico as the country works to reform its judicial system, especially as to systemic corruption and law enforcement integrity issues. Complicating this effort in Mexico is the heavy presence and influence brought by the six major narco-trafficking organizations currently operating there. 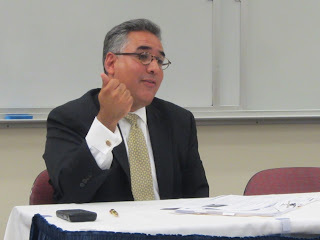 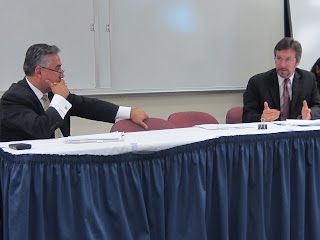 Posted by Prince George's County Police at 11:49 AM