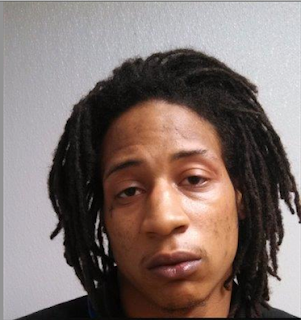 On December 28, 2013, at about 9:35 pm, patrol officers were called to the 6700 block of District Heights Parkway for the report of a shooting.  When they arrived on scene, patrol officers found Sowells suffering from an apparent gunshot wound.  He died a short time later at a hospital.

The victim was able to provide a description of the suspect who shot him and the direction he ran.  That critical information was quickly broadcast.  A responding patrol officer saw a man matching that description running along a fence behind some homes in the area.  The officer was able to stop and arrest the suspect, Omar Smith. The officer then retraced Smith’s path and found a black handgun in a fence.  Smith admitted shooting Sowells.  The preliminary investigation reveals the shooting was drug-related.

Smith is charged with first degree murder and is in the custody of the Department of Corrections.
Anyone with information is asked to call the Prince George’s County Police Department’s Homicide Unit at 301-772-4925.  Callers wishing to remain anonymous may call Crime Solvers at 1-866-411-TIPS (8477), text “PGPD plus your message” to CRIMES (274637) on your cell phone or go to www.pgcrimesolvers.com and submit a tip online.  A reward of up to $25,000 is offered to anyone who provides information leading to an arrest and indictment in this case.