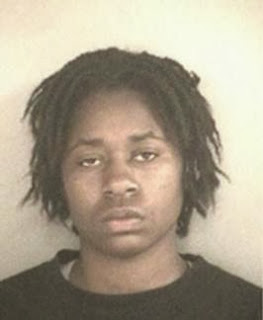 On December 15, 2013, at about 4:15 am, patrol officers responded to the 6000 block of Hope Drive for a shooting.  Once on scene, the patrol officers spoke with the victim.  The preliminary investigation suggests the homeowner had just arrived home when he was approached by a female suspect.  The suspect was armed with a shotgun and made demands.  The homeowner shot the suspect.  The suspect then got into a nearby car and fled the scene.

A short time later, PGPD detectives were called to a hospital in Washington D.C. for a walk-in patient with gunshot wounds.  Detectives have linked that patient to the attempted robbery in Temple Hills.  She is identified as 26-year-old Ashley Tomika McCrae, of the 3500 block of 6th Street in Southeast Washington.

McCrae’s weapon and the car used in the crime have been recovered.  McCrae remains hospitalized with non-life threatening injuries.  The homeowner was not injured.  McCrae will face charges related to the attempted armed robbery.

For additional information about the MPDC officer, please contact the Metropolitan Police Department at (202) 727-4383.

Anyone with additional information about this case is asked to call the Prince George’s County Police Department’s Criminal Investigation Division (301) 772-4925. Callers wishing to remain anonymous may call Crime Solvers at 1-866-411-TIPS (8477), text “PGPD plus your message” to CRIMES (274637) on your cell phone or go to: www.pgcrimesolvers.com to submit a tip online.
Posted by Prince George's County Police at 7:14 PM