Updated December 13, 2013:  Investigators from the Prince George’s County Police Department continue to investigate the police-involved shooting.  The preliminary investigation suggests the District Heights officer and PGPD Corporal Meushaw both approached the vehicle Dews entered, which was being driven by Walker.  When the officers confronted Dews, they found themselves on opposite sides of the car, creating a dangerous crossfire situation.  During the exchange of gunfire, both the District Heights officer and Corporal Meushaw fired their service weapons.

Officers often respond to critical incidents where they face threats which require an instant response.  The dynamic and fluid nature of these incidents can sometimes lead officers to place themselves and/or their fellow officers in the line of fire.  This is one of the many reasons why officers train annually on detecting and avoiding crossfire situations. 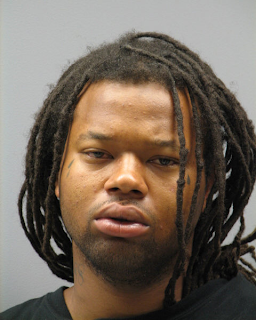 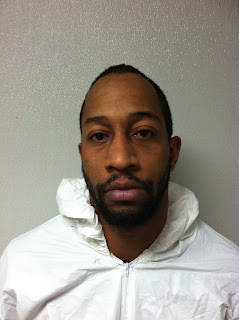 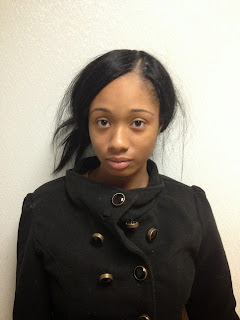 On December 7, 2013, just before 9:00 pm, patrol officers from the PGPD and the District Heights Police Department responded to the 6000 block of Marlboro Pike for a commercial robbery.  The investigation reveals three suspects had entered a business, assaulted an employee and stole cash.  As officers were on their way to the scene, they saw the possible suspect car driving away.  The officers followed the car, which we now know was stolen, onto Parkland Court where it pulled into a parking lot.  The three suspects jumped out of the car and each ran in a different direction.

One of the suspects, identified as 25-year-old Bobby Frederick Dews of the 700 block of 18th Street in Northeast Washington, quickly jumped into a nearby car.  The responding officers originally believed Dews was attempting to carjack the vehicle.  An exchange of gunfire occurred as officers confronted Dews.  During the exchange, both a District Heights police officer and Dews were struck.  The follow-up investigation reveals the driver of that second car was serving as the getaway driver.  She is identified as 22-year-old Jordann Denise Walker of the 5100 block of 57th Avenue in Bladensburg.

Patrol officers searching the area found and arrested one of the two remaining suspects a short time later.  He is identified as 35-year-old Charles Sander Davis, Jr. of the unit block of Maryland Park Drive in Capitol Heights.  The remaining suspect remains at large.

The injured suspect is hospitalized in stable condition.  The District Heights officer was treated for minor injuries.  The officer was wearing a bullet-resistant vest, which stopped the bullet and likely saved his life.  The involved PGPD officer was not injured.

Dews, Davis and Walker all face multiple charges in connection with the armed robbery.  Walker and Davis remain in custody at the Department of Corrections.  Davis is being held on no bond; Walker is being held on a $200,000 bond.

The involved PGPD officer is identified as Corporal Kenneth Meushaw, a nine-year veteran of the Prince George’s County Police Department.  He is assigned to the Bureau of Patrol.  He is on routine administrative leave pending the outcome of the investigation.

Anyone with additional information about this case is asked to call the Prince George’s County Police Department’s Criminal Investigation Division (CID) at (301) 772-4925. Callers wishing to remain anonymous may call CRIME SOLVERS at 1-866-411-TIPS (8477), text “PGPD plus your message” to CRIMES (274637) on your cell phone or go to www.pgcrimesolvers.com to submit a tip online.
Posted by Prince George's County Police at 8:00 AM