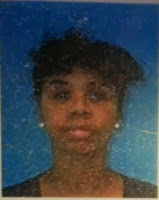 The Prince George’s County Police Department is seeking the public’s assistance in searching for a critical missing person.  She is identified as 58-year-old Gloria Nadine King. King was last seen in the 3300 block of Walters Lane on December 8, 2013 at 11:00 am.  King suffers from Dementia.

King is described as an African-American female, 5’, 140 lbs, with shoulder length gray and black hair. She was last seen wearing a black jacket, red pajama pants, and white slip on sneakers.

Posted by Prince George's County Police at 9:30 AM

Any word on her? Has she been found?

Yes, she was found in good health. Thank you for asking.