Each Wednesday, both here on our blog and on our Facebook page, we’ll feature several surveillance videos and/or photographs of people wanted by the Prince George’s County Police Department. Thanks to social media, the PGPD now has additional eyes and ears, not just on the street, but online as well. We encourage our community members to share these images with their friends, families and followers. Should you see someone you recognize in these images, you may call Crime Solvers at 1-866-411-TIPS. You don’t need to give your name. You may be eligible for a cash reward for information leading to an arrest  and conviction in these cases.

We’re looking for the two suspects in this surveillance video from a gun store on Marlboro Pike in District Heights.  Our investigation reveals one of the men swiped a handgun while an employee was helping the second suspect on December 7, 2013.  The two suspects drove away in a newer-model, gray, four-door Toyota Corolla. 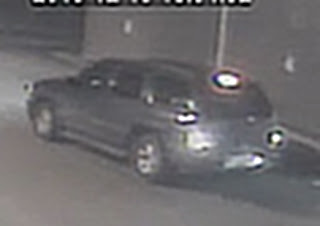 Our detectives are asking for the community’s help to find three armed carjacking and robbery suspects. They are seen on these videos robbing two victims in the 4600 block of Suitland Road in Suitland on December 13, 2013.  Please note - these videos are graphic.  We’ve also included a picture of the suspects’ SUV. 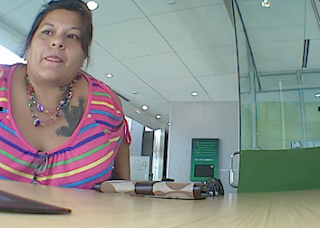 Have you seen this suspect?  She’s wanted for identity theft.  Our investigation reveals she opened up several bank and store accounts using the victim’s stolen personal information.  The suspect is clearly identifiable in this surveillance photo. She has a large tattoo on her chest. 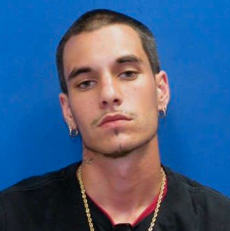 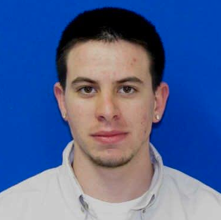 Our detectives would also like to find these two suspects.  They’re wanted in connection with a non-contact shooting in Brandywine on December 10, 2013.  Our investigation suggests they opened fire outside of a home on Floral Park Road.  No one was hurt. 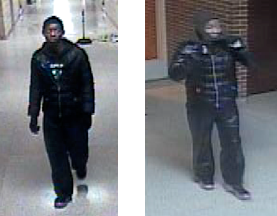 Do you recognize this burglary suspect?  He’s wanted for breaking into a school in Laurel on November 26, 2013.  Surveillance cameras caught him in the hallways.

Our detectives want to find and arrest these two suspects.  On December 15, 2013, at about 10:45 pm, they robbed a convenience store in the 6000 block of Arbor Street in Cheverly. 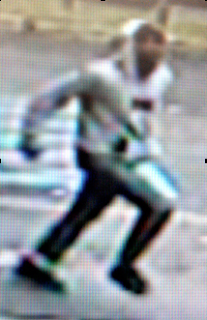 This suspect is wanted for robbing a courier outside of a bank in the 6400 block of Allentown Road in Camp Springs.  He targeted the courier on December 16, 2013, at about 1:30 pm.  Detectives believe he also robbed another courier on December 13, 2013.
Posted by Prince George's County Police at 12:40 PM