Updated December 24, 2013: Both girls have been found in good health and returned home. 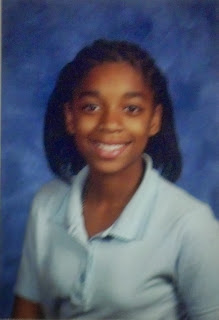 The Prince George’s County Police Department is seeking the public’s assistance in searching for two critical missing girls. They are identified as 12-year-old Diamond Lynatra Thompson and 13-year-old Princess Monae Small. Both girls were last seen in the 8200 block of Sheriff Road on December 23, 2013, at about 2:00 pm.