It’s a busy time of year for us all.  We’d like to take a moment to share the great work of these patrol officers. Their dedication to service earned them the title of Patrol Officers of the Month for October 2013.

District I Police Officer of the Month
Corporal Robert Martell 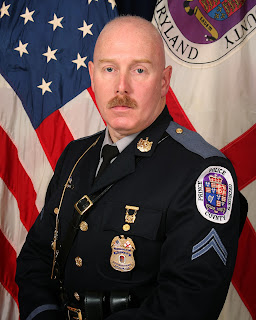 On October 21, 2013, Corporal Robert Martell saw a car run a red light on Annapolis Road.  After he pulled it over, he smelled suspected marijuana coming from the car.  During a pat down, Corporal Martell found a loaded handgun in the waistband of one of the four passengers.  A search of the car uncovered nearly 40 grams of marijuana.  All four passengers were arrested. 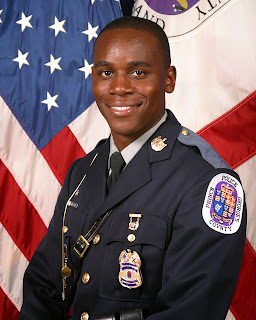 On October 3, 2013, Corporal Haris Johnson responded to a gas station in the 12000 block of Annapolis Road for a call related to an earlier theft.  Once on scene,  Corporal Johnson spotted a man who matched the suspect’s description.  When Corporal Johnson tried to talk to the man, the man began to run away.  He ran into a wooded area along Annapolis Road. Corporal Johnson quickly organized a perimeter. Patrol officers were able to find and arrest the suspect.  The suspect is linked to several thefts in the area. 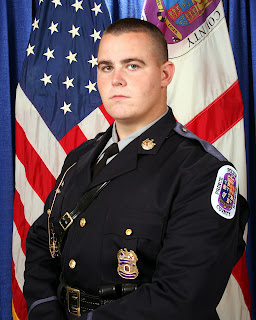 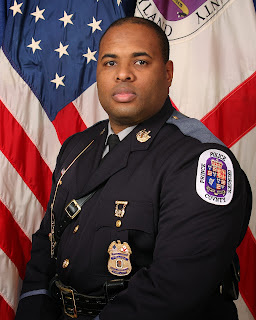 After several thefts at gas stations, Police Officers James Robinson and Christopher Hall conducted proactive premise checks at gas stations in their beat on October 30, 2013.  During their shift, two purse thefts at gas stations were reported. Police Officers Robinson and Hall established a stationary patrol on Landover Road and began looking for the suspect’s car.  Not long after, the suspects drove by the patrol officers.  Police officers Robinson and Hall quickly broadcast their location and coordinated with other officers in the area.  The car was found abandoned on Arcadia Avenue.  A perimeter was set up.  Officers were able to find and arrest the two suspects.  The suspects were linked to several thefts, carjackings and robberies. 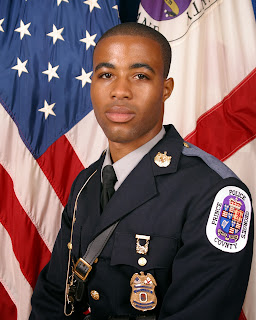 On October 8, 2013, Police Officer First Class Tristan Thigpen responded to Oxon Hill Road for a bank robbery in progress.  The suspect’s description was broadcast and a perimeter quickly set up. The on-scene investigation revealed that the suspect was also linked to a bank robbery a day earlier. The wanted poster from that robbery was sent to officers responding to the new robbery.  Within minutes, Police Officer First Class Thigpen spotted the suspect on Oxon Hill Road.  POFC Thigpen was able to quickly arrest him. 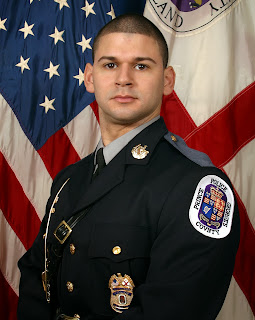 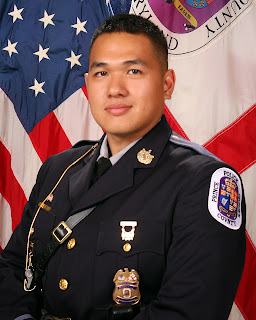 On October 27, 2013, Police Officer Steven Hang was called to 35th Place in Beltsville to investigate the report of a person with a weapon.  While responding, Police Officer Hang saw a car with several passengers leaving the area.  He pulled over that car as well as two other cars for further investigation. He then called for backup. The investigation revealed that the passengers in the first car had been assaulted and robbed by the suspects in the other two cars.  In all, eight suspects were arrested for armed robbery.
Posted by Prince George's County Police at 10:30 AM