The Prince George’s County Police Department arrested a Forestville man today after he shot at police officers.  The officers were executing a search warrant on his home. 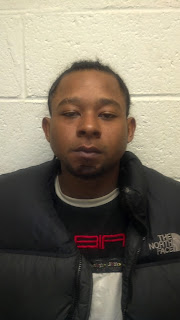 On January 28, 2013, at around 5:00 am, the Special Operations Division Emergency Services Team was serving a narcotics search warrant in the 3300 block of Walters Lane in Forestville.  The team encountered a heavy steel door as they attempted to make entry, forcing them to use a two-man ram to get inside.  It took more than a minute for the door to give way, during which time officers made multiple announcements saying the police department was on scene, and asking the occupants to open the door.  Just prior to the team getting inside, the suspect fired on the officers.  The round struck the heavy steel door and lodged there, preventing the officers from being struck. 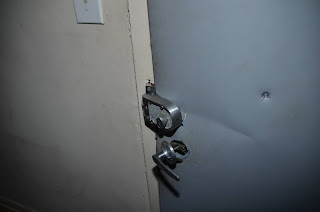 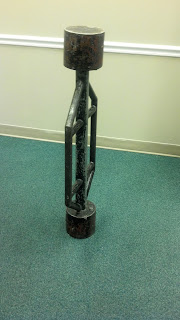 Detectives believe after the first shot was fired, the suspect’s gun jammed, preventing the suspect from firing additional rounds.  The gunman then ran to a rear bedroom and threw the weapon out a window.  Police officers were then able to arrest the suspect without further incident.  In addition to the .22 caliber handgun, officers recovered hundreds of rounds of ammunition, suspected marijuana, and drug paraphernalia. 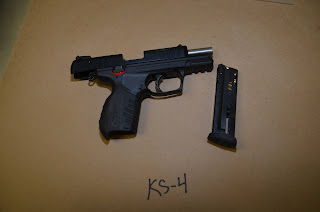 The suspect is identified as 25 year-old Jeremiah Ronald Pearson, of the 3300 block of Walters Lane in Forestville.  Pearson is charged with multiple counts of attempted murder.  Pearson is being transferred to the Department of Corrections where a court commissioner will determine his bond status.

Anyone with information about this case is asked to call the Prince George’s County Police Department’s Homicide Unit at 301-772-4925.  Callers wishing to remain anonymous may call Crime Solvers at 1-866-411-TIPS (8477), text “PGPD plus your message” to CRIMES (274637) on your cell phone or go to http://www.princegeorgescountymd.gov/police/ and submit a tip online.
Posted by Prince George's County Police at 3:35 PM