Updated January 20, 2013:  Hunter is now in custody. He is charged with attempted murder and armed robbery as well as several new charges related to assaulting a police officer after his arrest.  On January 19, 2013, Hunter turned himself into authorities. After his arrest, Hunter became combative and assaulted a detective. Hunter is being held on a no bond status. 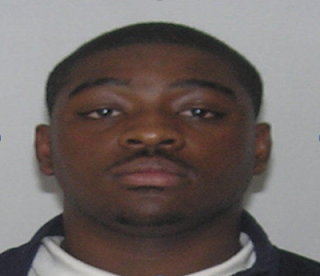 The Prince George’s County Police Department is searching for 20 year-old Wayne Hunter Jr. of the 8400 block of Hamlin Street in Glenarden.  Hunter is wanted in connection with an armed robbery and shooting that occurred in Glenarden.

On January 13, 2013, police officers responded to the 8400 block of Hamlin Street for a shooting.  The preliminary investigation reveals Hunter shot and robbed a man as the victim attempted to make a food delivery.  Detectives developed Hunter as a suspect and have obtained a warrant for him.  He is charged with attempted murder and armed robbery.

Anyone with information on his whereabouts or this case is asked to call Crime Solvers at 1-866-411-TIPS (8477) or the District III Robbery Suppression Team at 301-772-4425. Callers wishing to remain anonymous can text “PGPD plus your message” to CRIMES (274637) on your cell phone or go to http://www.princegeorgescountymd.gov/police/ to submit a tip online.
Posted by Prince George's County Police at 2:00 PM