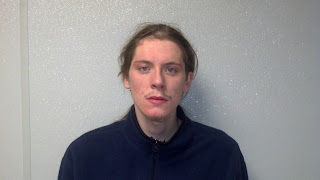 The Prince George’s County Police Department arrested a suspect for the 2010 murder of 21 year-old Edwin Yoanis Reyes.  Reyes, of the 9500 block of Tuckerman Street in Lanham, was fatally stabbed in the 2800 block of Parkland Drive in Forestville.  On January 7, 2013, detectives arrested 21 year-old Keith Whitley Haines of the 4900 block of 52nd Place in Hyattsville.

Police officers were called to a home on Parkland Drive on August 22, 2010, for the report of a cutting.  The investigation reveals that the suspect and victim were there attending a pool party.  During the party, the two got into a fight, during which Haines stabbed Reyes multiple times.

Haines is charged with second degree murder and is being held on a no bond status.

Anyone with information on this case is asked to call the Prince George’s County Police Department’s Homicide Unit at (301) 772-4925.  Callers wishing to remain anonymous may call Crime Solvers at 1-866-411-TIPS (8477), text “PGPD” plus your message to CRIMES (274637) on your cell phone, or go to http://www.princegeorgescountymd.gov/police to submit  a tip online.
Posted by Prince George's County Police at 9:44 PM