Update:  Police Chief Mark Magaw discusses his attendance at President Obama's gun control proposal ceremony and the effects it will have on Prince George's County.


Update:  Chief Magaw will be available to speak about his visit to the White House with members of the media today at 3:30 pm at police headquarters in Palmer Park.

Prince George’s County Police Chief Mark Magaw will attend a White House ceremony Wednesday as President Obama unveils a series of gun control proposals.   Chief Magaw is the Chairman of the Firearms Committee of the International Association of Chiefs of Police.   The IACP is the world’s oldest and largest organization of police executives with more than 20,000 members representing more than 100 countries. 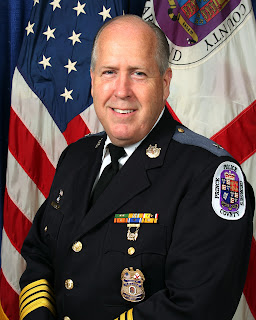