The Prince George’s County Police Department arrested a Lanham man in connection with an inappropriate sexual relationship involving a 15-year-old girl in Lanham.  The suspect is identified as 36-year-old Steven Ray Poe of the 9700 block of Good Luck Road. 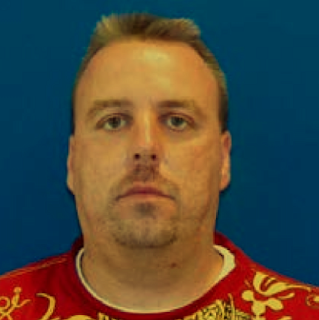 Poe is a janitor at DuVal High School in Lanham. The victim is a student there.  The victim alleges that between April and June 2013, Poe had inappropriate sexual contact with her, both on and off school grounds.  The victim told her mother, who then contacted police.

Police officers arrested Poe without incident at his home on June 9, 2013.  He faces charges of third degree sex offense and second degree assault.  Poe remains in custody at the Department of Corrections on a $20,000 bond.

Anyone with information about this case or Poe is urged to call the Prince George’s County Police Department’s Regional Investigation Division-Central at (301) 390-2160. Callers can remain anonymous by calling Crime Solvers at 1-866-411-TIPS (877) or text “PGPD” plus your message to CRIMES (274637) on your cell phone or go to www.pgpolice.org and submit a tip online. A cash reward is being offered for information that leads to an arrest and indictment in this case.