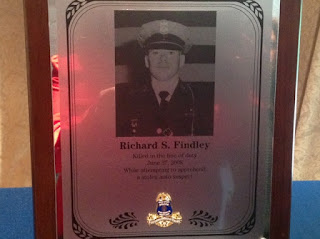 Let us pause to remember our fallen hero, Sergeant Richard S. Findley, lost this day in 2008.


At the time of his death, Sergeant Richard Findley was 39 years old and survived by his wife and two daughters.
Posted by Prince George's County Police at 2:18 PM