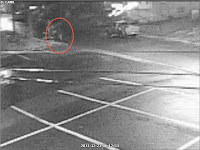 The Prince George’s County Police Department is working to identify a person of interest in a Home Invasion that left a 70 year-old woman assaulted in her home on Drum Avenue in Capitol Heights.  The surveillance photos are of an individual observed walking near the scene at approximately 6:12 a.m. at the intersection of Drum Avenue and Larchmont Avenue. 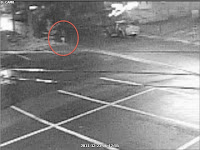 On December 23, 2011, between the hours of 2:00 a.m. - 6:30 a.m., the suspect broke into the 70 year-old woman’s home and viciously beat her leaving her in critical condition.  The 70 year-old woman sustained bleeding on her brain, a broken eye socket and a broken nose due to this incident. 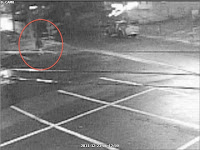 Anyone with information that may assist in this investigation is asked to call CRIME  SOLVERS at 1-866-411-TIPS (8477) or the District III Investigative Unit at 301-772-4911 as soon as possible. Please refer to case number 11-357-0482. Whenever information is given to the Prince George’s County Crime Solvers Line, you do not have to leave your name. A CASH REWARD OF UP TO $1000.00 is being offered for the tip that leads to the arrest and indictment of the suspects responsible for this incident. 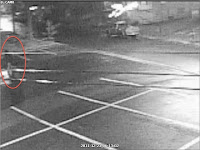 Posted by Prince George's County Police at 2:11 AM

He should be hanged for murder directly without any formal judgement.