On December 16, 2011, at approximately 7:36 p.m., Mount Rainier patrol officers responded to the 4600 block of 25th Street for the report of a shooting. Upon arrival, officers found Dontae John Cook, 16, of the 3200 block of Upshur Street in Mount Rainier, lying in the hallway of an apartment building suffering from a gunshot wound. He was transported to a local hospital and pronounced deceased.

Homicide detectives quickly developed Eric Jerome Brown, 24, of the 200 block of Webster Street, NE in Washington, D.C., as a suspect and obtained a warrant for his arrest charging him with 1st degree murder.

Brown was arrested on December 17, 2011 in the 1200 block of T Street, NW in Washington, D.C. with assistance from the Metropolitan Police Department and the United States Secret Service. He is currently being held at the D.C. Jail pending extradition to Prince George’s County.


Anyone with information about this case is asked to call the Prince George’s County Police Department’s Homicide Unit at (301) 772-4925. Callers wishing to remain anonymous may call Crime Solvers at 1-866-411 TIPS (8477), text “PGPD plus your message” to CRIMES (274637) on your cell phone, or go to http://www.princegeorgescountymd.gov/police/ to submit a tip online. 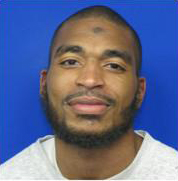