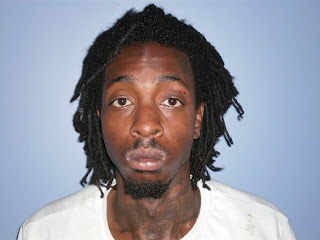 The Prince George’s County Police Department arrested a suspect in connection with the non-fatal shooting of a taxi driver in District Heights. The suspect is 24-year-old Diotraye Lee Diggs of the 4000 block of Warner Avenue in Hyattsville.
On July 4, 2015, at 11:45 pm, patrol officers were called to the 5500 block of Hil Mar Drive for the report of a shooting. When they arrived, they found the victim suffering from a gunshot wound. He was taken to a hospital for non-life threatening injuries.
Preliminarily, the investigation reveals the victim picked up Diggs from the Suitland Metro Station. Diggs was with a woman and a young child. When they arrived at their destination on Hil Mar Drive, the taxi driver asked for payment. That’s when Diggs shot the victim. Patrol officers quickly found Diggs and the woman nearby. She is not currently facing any charges. The gun was also recovered. The child was not hurt. 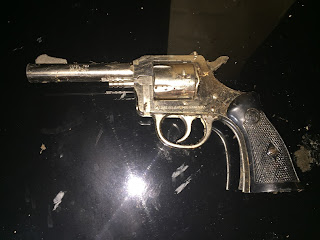 Diggs is charged with attempted 2nd degree murder and other related charges. He is currently in custody at the Department of Corrections on a $350,000 bond.


Posted by Prince George's County Police at 11:36 AM