Right now, our patrol officers are fanned out across the county serving and protecting the residents of Prince George’s County. Too often their good work goes unnoticed. Here are our Patrol Officers of the Month for May.

District I Patrol Officer of the Month 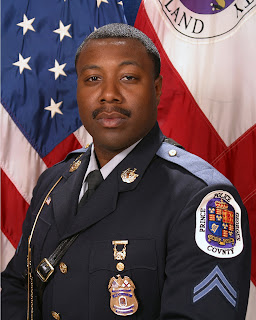 Corporal David Cheatham
In early May, Corporal David Cheatham witnessed a shooting while out on patrol. The suspects quickly sped away from the scene. Corporal Cheatham notified communications and pursued the fleeing suspects. He was able to stop the car. The occupants were taken into custody without incident. A search of the car revealed two boxes of ammunition. Corporal Cheatham then organized an area check of the car’s escape route and a loaded handgun was recovered. 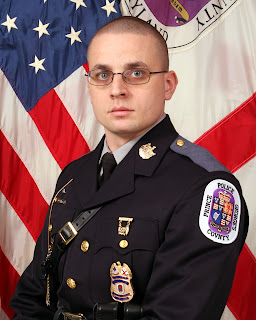 Police Officer Rodney Lauchman
On May 9th, Officer Rodney Lauchman was conducting a canvass in Upper Marlboro in search of suspects stealing from cars. Officer Lauchman spotted a man sitting in a car trying to hide from his view. When the officer went to talk to the man, the officer smelled the odor of marijuana coming from the car. A search revealed a loaded handgun under the passenger seat. A black ski mask, black clothes and a pair of gloves were also found with the gun. The man was arrested. 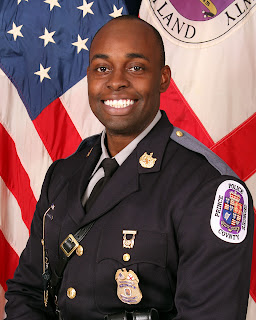 Police Officer Jeffrey Dorsey
In mid-April, after processing an arrested suspect for possession of a stolen handgun and a drug charge, Officer Jeffrey Dorsey worked with investigators to obtain a search warrant for the suspect’s home. Inside that home, officers recovered additional illegal drugs. Great police work and dedication to duty! 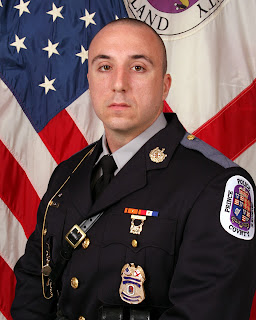 Police Officer Christopher Malinowski
On May 28th, Officer Christopher Malinowski saw a car run a stop sign in Oxon Hill. He initiated a traffic stop and noticed the driver appeared nervous. Officer Malinowski requested backup. The officer then noticed the driver pass something to a front seat passenger, who then passed the object to a back seat passenger. When a back-up officer arrived, the occupants were removed from the car. A loaded gun was found under a seat. A second gun was found the in the glove box. The occupants were arrested. 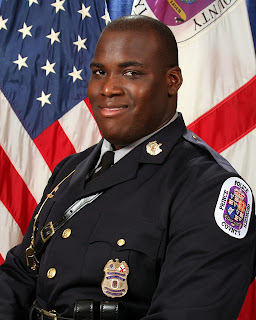 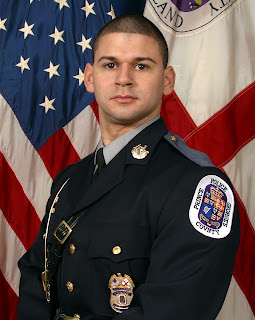 Police Officer Ariel Acosta
On May 22nd, armed suspects broke into a home in Upper Marlboro. The victims ran to get help from an off-duty police officer who lives nearby. He quickly called communications and provided a detailed description of the suspects. As Police Officer First Class Julius Askins and Officer Ariel Acosta approached the area, the off-duty officer saw the suspects speed away. He called communications and gave the update. The responding patrol officers spotted the fleeing car and tried to initiate a stop. Instead of stopping, the car continued to flee. The officers pursued the car. They saw the occupants throwing items from their car.  After the suspect’s car crashed, the occupants got out and tried to run away. The officers chased after them and were able to arrest one of the suspects and recover evidence. 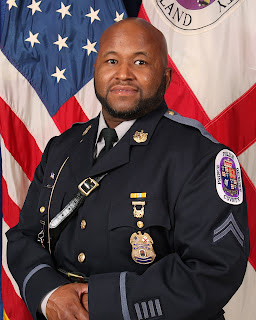 Corporal Jermaine Allen
On May 26th, Corporal Jermaine Allen conducted a traffic stop on a car for an equipment violation in Laurel. When he approached the car, the corporal noticed the driver was nervous and evasive during questioning. A computer check revealed the driver had a suspended license and the passenger had no identification. A search of the car revealed two loaded handguns underneath the center console. One of the guns had been reported stolen. Also recovered, two black ski masks and two pairs of gloves. Both men were arrested. They both had prior felony convictions.
Posted by Prince George's County Police at 10:17 AM