Update: A suspect is in custody in connection with this fatal stabbing. He's 14-year-old Ludwin Lemus-Torres. He will be charged as an adult with first degree murder and related charges. The preliminary investigation reveals a dispute between the suspect and victim escalated to the stabbing. 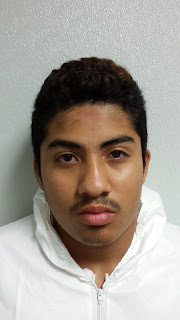 The Prince George’s County Police Department is investigating a homicide in Oxon Hill. The victim is 18-year-old Jerome Michael Toy of Livingston Road in Oxon Hill. A reward of up to $25,000 is being offered for information that leads to an arrest and indictment in this case. Preliminarily, detectives do not believe this was a random act.

On July 30, 2015, at about 12:45 am, officers on patrol in the 6400 block of Livingston Road found the victim in the roadway. He was suffering from a stab wound in the upper body. The officers quickly grabbed a department-issued trauma kit and began to administer first aid. Toy was rushed to a hospital where he died of his injuries.

The preliminary investigation reveals the victim was stabbed inside an apartment building on Livingston Road. Detectives believe he ran from the building following the stabbing and collapsed in the roadway. Investigators are working to identify a motive and a suspect(s) in this fatal stabbing.