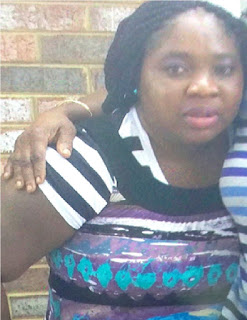 The Prince George’s County Police Department is seeking the public’s assistance in searching for a missing woman. She is identified as 31-year-old Anastasia Monye.
Monye was last seen in the in the 6400 block of Glenn Dale Road, on July 20, 2015, at around 1:30 pm.

Monye is described as an African American female, 5’0” and 185 pounds. She was last seen driving a 2000 Green Nissan with a Maryland registration of “7AG5976”.

Anyone with information on her whereabouts is asked to call the Prince George’s County Police Department’s Regional Investigation Division – Central Region at 301-772-4911.


Posted by Prince George's County Police at 11:42 AM