Theft From Car at Cemetery 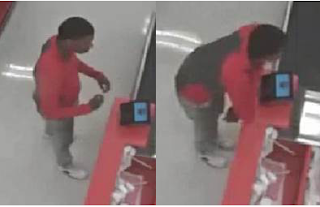 Criminals will strike just about anywhere – even at what should be considered sacred ground. In our first case, we’re searching for the cold-hearted suspect who stole from someone visiting a gravesite. This happened around 1:00 pm on June 18th at the George Washington Cemetery on Riggs Road in Adelphi. A couple was at the cemetery visiting a gravesite and were away from their car for only about 15 minutes. During that time, someone opened up their car door and stole a purse from inside. Later that day, the suspect in these surveillance photos used one of the stolen credit cards at a store in the 3500 block of East West Highway in Hyattsville. If you recognize him or have any information on this crime, please call our detectives at 301-699-2601. Tipsters can also call Crime Solvers at 1-866-411-TIPS. A cash reward is available.

Search for Driver Who Killed Bicyclist 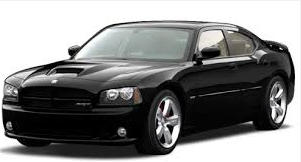 Our Collision Analysis and Reconstruction Unit wants to speak with anyone who witnessed or has information on a fatal hit-and-run in Capitol Heights last Friday night. The victim was on her bicycle. She's 56-year-old Donna Holliday Clark of Ritchboro Road in Forestville. Preliminarily, it appears Clark was heading southbound on Ritchie Road when a car struck her from behind. That car is described as a black or dark-colored car, possibly a Dodge Charger. Investigators believe it will now have minor front end damage. They are looking into whether the striking car was possibly racing with a second car. Anyone with information on this hit-and-run is asked to call (301) 731-4422. Callers wishing to remain anonymous may call Crime Solvers at 1-866-411-TIPS.

Our Robbery Unit would like to identify these three suspects seen in these convenience store surveillance photos. The pictures were taken shortly after midnight on June 19th. Our investigation reveals they used a credit card stolen in a robbery about 30 minutes earlier. In that case, two women robbed a victim of his personal belongings in the 6100 block of Oxon Hill Road. One of the women had a gun. The victim wasn’t hurt. If you recognize either of these suspects, please call 301-772-4905 or Crime Solvers at 1-866-411-TIPS. A cash reward is being offered. 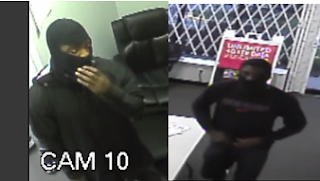 Our Robbery Unit is also looking for these two masked suspects. They’re wanted for trying to rob a cell phone store. The two men targeted a store in the 11000 block of Baltimore Avenue on June 27th at about 5:50 pm. The suspects demanded cash from the employees but ran out empty handed. A third suspect was waiting in a car outside. Please call 301-772-4905 with any information on these suspects or this attempted armed robbery.
Posted by Prince George's County Police at 2:48 PM