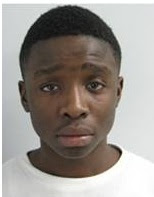 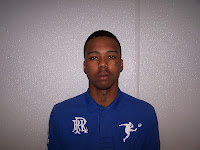 
The Prince George’s County Police Department arrested two suspects for the murder of 23-year-old Michael Nolan Brown of Seat Pleasant. The suspects are identified as 16-year-old Raphael Chad Mwilima of the 3200 block of Weeping Willow Court in Silver Spring and 19-year-old Daquan Marquis Douglas of the 7700 block of Willow Drive in Seat Pleasant. Mwilima is being charged as an adult. Detectives are seeking the public's help identifying a third suspect in the murder.
On May 14, 2013, at approximately 10:30 pm, patrol officers responded to the 600 block of Cabin Branch Drive for a shooting. Upon arrival, patrol officers found Brown unresponsive inside of his home. He was pronounced dead on the scene.
The preliminary investigation reveals three suspects entered the home at gunpoint and demanded money. A confrontation ensued, during which Brown was fatally shot. Robbery is the motive.
Douglas turned himself in to PGPD detectives on May 23, 2013. Mwilima was arrested at his Silver Spring home on May 20, 2013. Both suspects are charged with first degree murder, armed robbery and other charges. They are in custody of the Department of Corrections on a no bond status.
Anyone with information about this case or the identity of the third suspect is urged to call the Prince George’s County Police Department’s Homicide Unit at (301) 772-4925. Callers wishing to remain anonymous may call CRIME SOLVERS at 1-866-411-TIPS (8477) or text “PGPD plus your message” to CRIMES (274637) on your cell phone or go to http://www.princegeorgescountymd.gov/police/and submit a tip online. A cash reward is being offered for information leading to an arrest and indictment in this case.
For more information, please contact the Prince George's County Police Department's Media Relations Division at 301-772-4710.
Posted by Prince George's County Police at 7:12 PM