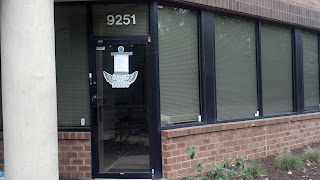 The Prince George's County Police Department issued a violation notice to the tenant and property manager of Seize the Dance studio ordering the business closed on May 29, 2013.  Seize the Dance is located in the 9200 block of Hampton Overlook in Capitol Heights.  The business has been operating without the required use and occupancy permit.

Seize the Dance is also connected to a triple shooting on May 26, 2013. The three victims had just left the dance studio which had been rented out for a party for high-school aged children.

On May 26, 2013, just after midnight, patrol officers were called to Hampton Park Boulevard and Hampton Overlook Drive for the report of a shooting. Upon arrival, patrol officers found three male victims, two adults and one juvenile, suffering from gunshot wounds.  All three victims suffered non-life threatening injuries and have since been released from the hospital.

Seize the Dance will remain closed pending the outcome of an appeals hearing.