Updated May 14, 2013:  The suspect is identified as 59-year-old Ronnie Lee Rainey.  The victims are identified as 50-year-old Lisa Renee Rainey and 27-year-old Ariale Chantre Shelton.  All lived in the 16100 block of Malcolm Drive in West Laurel. 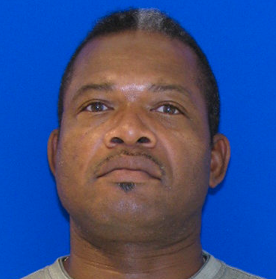 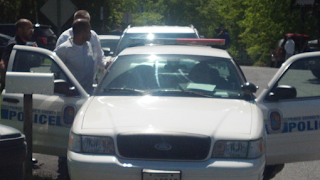 Rainey being taken into custody

On May 13, 2013, at approximately 10:00 am, patrol officers responded to the 16100 block of Malcolm Drive after a man called 911.  The caller said he had killed his family and threatened to kill himself. Patrol officers arrived on scene as the Special Operations Division’s Conflict Management Team was en route.  Officers on the scene successfully negotiated the man’s surrender and placed the 59-year-old into custody.

Investigators found two women inside the home.  Both adults had been fatally shot.  They were pronounced dead on scene.  They are the suspect’s wife and stepdaughter.

Two surviving victims, the suspect’s teenage son and another man, are cooperating with the police investigation.  The teenager was shot at, though neither male was injured.

Anyone with information about this case is asked to call the Prince George’s County Police Department’s Homicide Unit at 301-772-4925. Callers wishing to remain anonymous may call Crime Solvers at 1-866-411-TIPS (8477), text, “PGPD plus your message” to CRIMES (274637) on your cell phone or go to www.pgpolice.org and submit a tip online.
Posted by Prince George's County Police at 2:22 PM

these criminals have no fear, they should pay for their crimes. thank God he was caught.